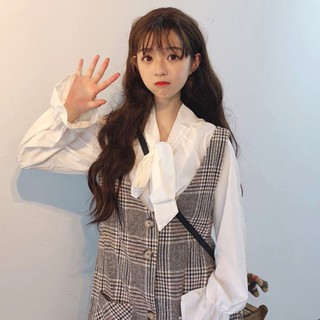 Denon’s DNP-730AE network audio player won our 2016 Sound+Image award for Network Music Player of the Year. It’s a category where we were looking specifically for network music players that will fit into a conventional hi-fi system — so hi-fi component width, effectively replacing or augmenting a CD player with this new type of source, one that can stream from music shares on your network at hi-fi quality.

Many such units also provide digital inputs so that the streamer can double as a DAC — but our winning Denon specifically does not do this, other than having a USB slot into which sticks or drives of music can be plugged, and perhaps most useful for the connection of iPods, iPhones and iPads.

By omitting the DAC functionality, Denon has managed to hit a price-point of $849, significantly lower than rivals offering similar levels of sound quality. We reckon that’s a smart choice, since you might have a standalone DAC anyway, or a modern amplifier with digital inputs. Why pay to double up on these?

Equipment
The DNP-730AE sits comfortably in a home theatre or hi-fi system, thanks to its conventional shape and width. The review unit featured a good old-fashioned brushed-aluminium fascia, although black is also available.

A largish blue-on-black text display shows menus on the front panel, including what’s currently playing. A control cluster to the right allows you to navigate the menus, while a button is provided for source selection. A standby/on key is at the left, and a USB socket is also on the front panel — this can be used for playing back music on USB flash drives or even hard drives, but is probably most useful for the connection of iPods, iPhones and iPads.

Around the back output is provided in the form of stereo analogue audio and optical digital audio. There is, of course, an Ethernet socket, and there are also two antennas for Wi-Fi, so the unit need not be in close proximity to network cabling. The unit uses the 2.4GHz band only for Wi-Fi.

Unlike some of the more expensive music streaming units, this one does not have a USB-B socket, so it can’t be used as a USB Audio DAC direct from your computer. Indeed, it has no digital inputs at all, so it cannot be used as a DAC for anything other than the music it is itself streaming.

So what will the unit stream? Essentially that falls under four categories: DLNA audio, AirPlay audio, Spotify Connect and internet radio. So the first covers Windows and Android-style households. The second covers Macs and iOS devices. The third, Spotify Connect, will require that service’s ‘Premium’ subscription (about $12 a month) and provides your choice of just about any music at fairly good quality. The fourth allows access to just about any radio station throughout the world that streams its services over the internet (that’s 36,358 of them as I write).

The unit packs a Burr Brown/Texas Instruments PCM1795 32-bit 192kHz DAC. The unit supports sampling rates up to 192kHz and 24 bits, where available. The lossy formats it will handle are WMA, MP3 and AAC (including the iTunes version). For lossless it handles WAV, FLAC, ALAC (up to 96kHz only) and AIFF. It also handles DSD with both 2.8 and 5.6MHz sampling (aka DSD64 and DSD128). A close look at the PCM1975 datasheet suggests that the DAC chip switches to a proper DSD mode when handling such signals, so DSD purists can be happy that the signal isn’t being converted to PCM along the way.

Control
An infrared remote control is provided with the unit. This is capable of controlling some other Denon equipment as well, and for this purpose such things as a volume control are included. The output of the unit itself is fixed.

We held out as long as possible with this review, hoping for a substantial improvement in the Denon Hi-Fi Remote app, and an update arrived just as we hit our deadlines. The good news is that it’s less bad than the previous version, in that it doesn’t seem to crash out completely. But it remains difficult and unintuitive to use, and from our experience it was buggy and slow to respond. And easily confused. I sent a song from iTunes to the Denon via AirPlay. When it finished playing, I used the app on an iPad Mini to send a DSD album. It played the tracks fine, but for the first one it showed the track title as… ‘AirPlay’, even though it reported the tech details as ‘DSD 2.8224MHz’. When the next track started it showed its title properly. At the third track it kept showing the second track’s title for about 20 seconds before switching over. By the fourth track it got into stride.

The Android version was even worse. Its user rating in the Play Store as we write is 2.1/5, and we reckon people are being kind.

However, this needn’t put you off the DNP-730AE itself. Denon will presumably get the apps working well soon enough, and if you persevere you might even work out how to use it efficiently. Meanwhile, you can just use a different app. If you’re using an Android device there are a wealth of them — I use BubbleUPnP, but there are plenty of others, mostly free ones. For iOS you can throw any music from the device itself and other streaming apps using AirPlay, but for browsing networked content the choices are relatively limited. Most are locked into particular brands of hardware, though there are plenty that allow you to play DLNA content on your iOS device. In the end, the Sony Audio Remote app for iOS worked well enough, allowing me to send music from some of my DLNA servers to any DLNA-capable device, including the Denon.

If you have an Ethernet connection handy, you should use that rather than wireless, especially if you’re planning to stream high resolution audio. How reliably Wi-Fi will work with said audio is largely a function of your Wi-Fi environment: distance, quality of the Wi-Fi access point, how many other devices are operating.

For what it’s worth, in my rather electrically busy office but with a fairly close range, 192kHz FLACs and 2.8MHz DSD seemed to stream reliably, but 5.6MHz DSD dropped out badly. I used a wired network connection almost exclusively for the tests.

There are several ways to establish the Wi-Fi connection. I couldn’t get the one where your iOS device can find the unit wirelessly to work, and when I tried the one where you plug in your iOS device and the Denon learns its settings, the Denon complained that it wasn’t using a compatible network standard. Hmmm. I used the ‘Autoscan, select, enter password’ method on the same Wi-Fi access point and the unit connected quickly and properly. It also supports WPS and manual detail entry.

As for output, you will almost certainly just want to use the analogue audio outputs. As we’ll see they offer wonderfully high quality sound, and they are compatible with just about all your stereo music. But there is one circumstance in which you might want to use the optical digital audio output instead: if you are using a home theatre receiver and if you want to play content ripped from DTS CDs. This data looks like PCM to most devices, so if you have the DNP-730AE decode it you will just get high levels of white noise. But if output via optical to a home theatre receiver it will be recognised as multichannel DTS and decoded appropriately (this, incidentally, is a good test of whether a device is bit-perfect in its audio handling). The trade-off for that option would be that you can’t get DSD (or even DSD converted to PCM) from the optical output, nor any 32kHz sampled stuff.

Performance
Apart from our grave doubts about the Denon Hi-Fi Remote app, the Denon DNP-730AE performed wonderfully. The hardware and internal software worked swiftly and effectively with everything. It popped up as an AirPlay device on iTunes and iPad, and when music was sent to it via AirPlay it typically took three or four seconds to switch over. Likewise with Spotify.

Most of our critical listening was with FLAC music fed via DLNA.

You can use the front panel display and the remote to navigate to the music you want, but it is far more efficient to use an app… any app really, even the Denon one. As mentioned, using BubbleUPnP to push DLNA music to the media player provided a nice mixture of convenient and reliable operation.

The unit fully supports gapless playback, eliminating those nasty pauses between what are supposed to be run-on tracks, even when the music is being DLNA pushed.

The sound quality was simply wonderful. I spent an extended period with this unit and had it feeding music through a wide range of electronics and loudspeakers. The results were uniformly excellent. Whatever was in the music file, that was what was delivered by the Denon DNP-730AE, no more and no less (at least within the ability of human to detect).

Third-party apps generally won’t support the internet radio function, so you will need to use the Denon app for that, or the remote and the front panel. This uses the vTuner system, so unless you’re into station surfing, you’ll probably want to register the unit at radiodenon.com. There you can do some very easy searching and mark your favourite stations as, well, ‘Favorites’. There are two kinds of ‘Favorites’ in this unit. One is the list maintained within the internet radio function (which is what this process creates), available a couple of menu levels down into it. The other is built into the unit with keys on the remote. Whatever is currently playing can be added with the press of the ‘Add’ key. That can include internet radio stations, so it’s best to put your real favourites in that. There are 50 slots available.

Conclusion
If you find the Denon app as difficult as we did, well there are plenty of alternatives, most of them free. Otherwise the Denon DNP-730AE network media player is one fine bit of kit for streaming digital audio, so long as you don’t need to use it as a computer DAC or standalone converter, because of that lack of inputs. Its sonic performance is up there with rival units at $1500.

There are no reviews yet.

Only logged in customers who have purchased this product may write a review. 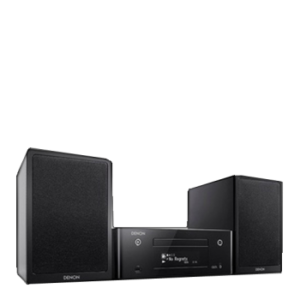 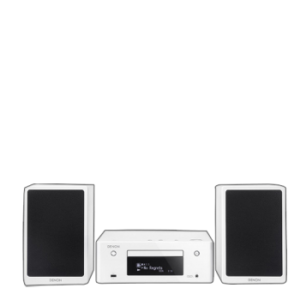 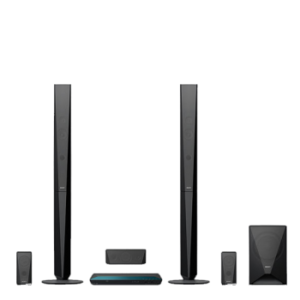 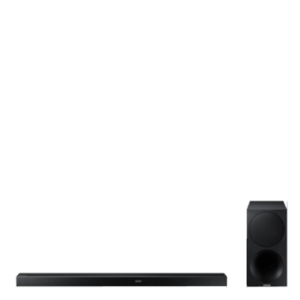 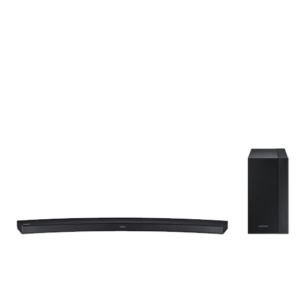